During 2015 around 2.000.000 people crossed Turkey and the Mediterranean sea to ask for asylum in Europe, they were 220.000 the previous year.
They are people whose faces are shown on the news at dinner time, whose stories are told in the newspapers, whose changing fortunes are visible on the streets of our cities, in the Bengali food shops or in the ebony street vendors stalls.
Human beings to whom we too often attach discriminatory labels, depending on our political belief: migrants, refugees, displaced, clandestine people.
However, how many times did we stop, even just for few moments, to talk with them, new citizens we share a social and daily space with?

ClanDESTINI was born from this consideration. It is an audio-documentation work that began in Rome in 2014, it aims to raise awareness on the migration issue and to tease the dormant curiosity of all  citizens towards what they do not know, towards the “other”.
A project that asks for an open and interested mind, for a listening attitude, in contraposition to our chaotic, frenzy, contemporary atmosphere.

The project evolved in three phases: at first, we placed mailboxes around Rome’s neighbourhoods, where anyone could mail their questions to migrants arrived in Italy.
These questions then were selected and sent to citizens of foreign origin.
Eventually, once edited, the answers became part of the installation “ClanDESTINI”.
The mannequins of ClanDESTINI are the custodians of those answers.
When you crossed path with them, all you had to do is to ask for their stories, get closer, choose your question and wear the headphones to listen to their answers.
In conclusion, a collection of video stories of some of the ClanDESTINI protagonists, finalised the experience.

ClanDESTINI is a project created by Amisnet radio agency and continued by Echis, produced by Marco Stefanelli and Valentina Vivona and partly funded by Terra di Tutti Film Festival.

Q.: Was there a meeting that changed the fate of your journey? 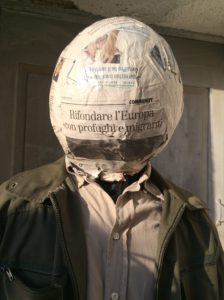 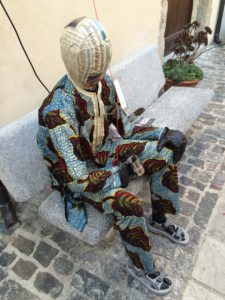 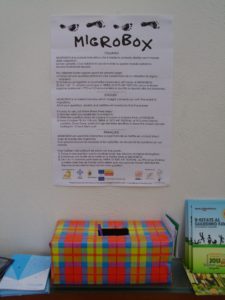 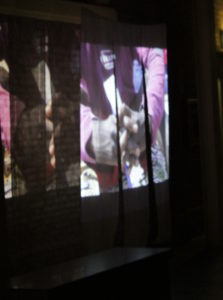